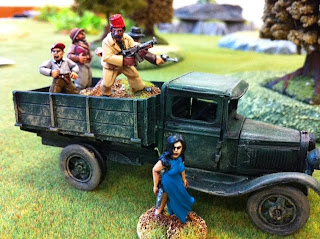 Indy and Pals - Objective to find a crystal skull and to foil Von Skarr's plans. 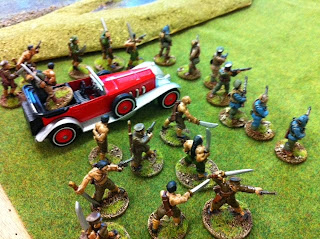 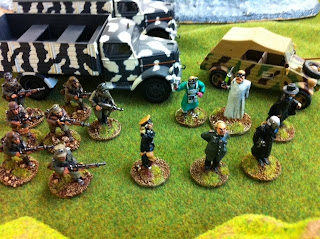 Von Skarr's scientific expedition. Bring back a breeding pair of Aryan primitives and if possible capture his nemesis Indiana Jones. 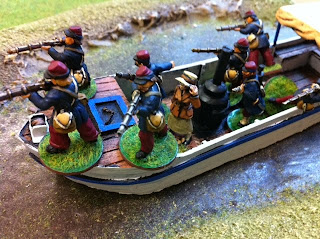 The gallant Capitaine Gallante in search of his beloved Mireille. Would also like to capture Wu-Hu and bring him to justice. 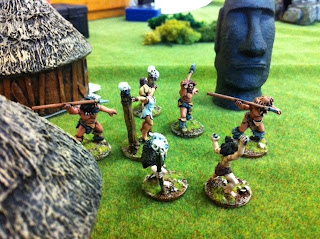 The newly found lost tribe who have captured Mireille and intend to drop her off at the local yeti cave.

This scenario is based on a sample game in my favourite Pulp rules - Astounding Tales (2nd Edition) by Howard Whitehouse. Not sure who, if anyone stocks them in the UK. I get mine direct by Zeppelin mail from The Virtual Armchair General (TVAG).