These are photos from a game held in Wincanton with Martin and the two Pauls. The basis of the scenarios was that Davros had been captured on Earth and had been held in cryo-suspension under UNIT supervision. A typical "Man from the Ministry" had been taken in by Davros offers of superior technology in return for being moved out of UNIT custody. UNIT were forced to hand over Davros whilst the Brigadier went off to argue his case in Geneva. Davros is taken out of cryo-suspension and being held at a privately run prison (see photo above). One morning Davros is found slumped in his chair, totally unresponsive. The Governor panics and hurriedly gets an escort together of prison officers and the local constabulary and they leave for the hospital on the other side of town.

Davros has sent out a distress call with the limited lab equipment supplied to him in the prison. Two rival Dalek factions have infiltrated the town. One factio is spearheaded by Ogrons, the other has a put in place controlled humans, some fully robotised, others with more limited control.

UNIT have a squad under Sgt Benton deployed in the town and they are monitoring the prison transmissions. They pick up the Dalek signals just as the two factions begin their attack on the convoy. They call up their base and reinforcements head out to prevent Davros' capture (Davros is in the ambulance).

Robo men cut off the retreat route with a heavy weapons Dalek.

The prison Governor (in the kilt), a motorcycle cop and the remaining guard make their escape form the scene of the ambush.

Email ThisBlogThis!Share to TwitterShare to FacebookShare to Pinterest
Labels: Battle Reports/pics, Doctor Who

Blenheim at Warfare and Salute 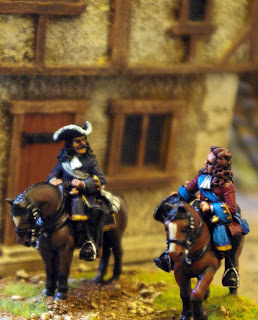 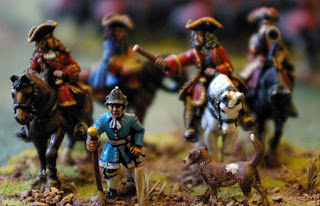 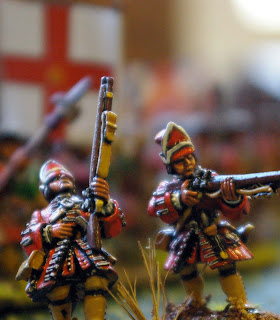 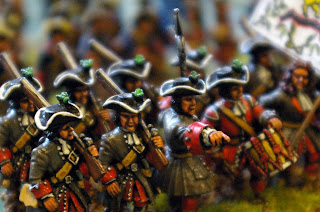 These pictures were to have been published alongside an article that I wrote for WSS magazine. Thanks to Wayne for the excellent close-ups. Figures painted by myself and Martin. 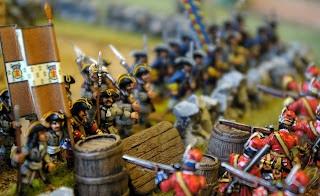 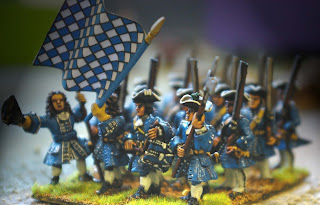 Welcome to my new blog. My name is Matt Slade, half of the team responsible for Battle of Blenhiem Game at Warfare 2009 and Salute 2010.

I will be updating the blog with news of games held with chums at the Wargames Association of Reading (WAR) and with my pals in Deepest Darkest Dorset.
Posted by Matt Slade at 10:08 1 comment: