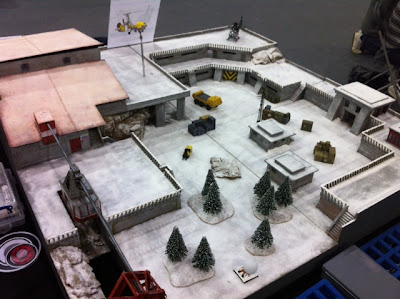 The main Crooked Dice participation game this year was On Her Majesty's Crooked Service featuring a mountain top villains lair. This game was multi player and was run twice during the day to great acclaim. Here we see the base before the chaos. 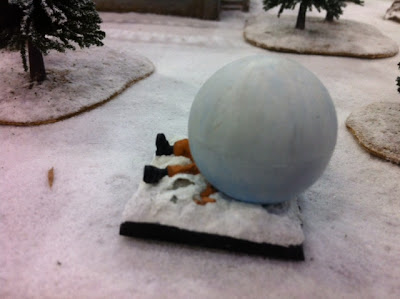 Crooked Dice also ran three mini-games which were specifically designed to showcase different aspects of the ruels and demonstrated the flexibility of 7Tv. 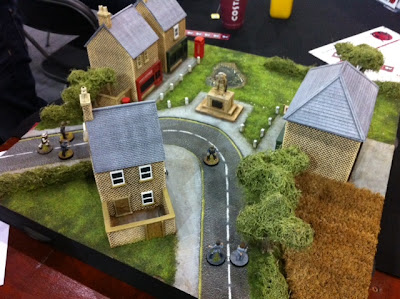 Fiddlers Green. This was the game which I ran eleven times during the day. Department X agents Hugo Solomon and Pandora King have infiltrated Green's base and are bidding to scupper his plans to take over Great Britain with an army of killer robot scarecrows. They face Morris Men Minions, Scarecrows and Fiddler's wife. 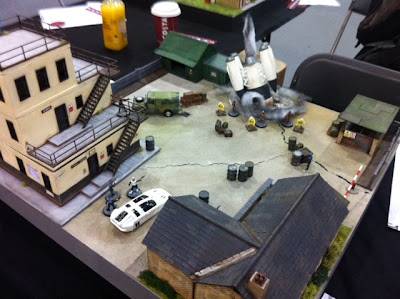 The Mists of Mars. This was run by Matt G (lots of Matts around on the day) and sees Project Time Lift with the Man from 2000 investigating a crashed spacecraft and combating possessed astronauts and technicians. 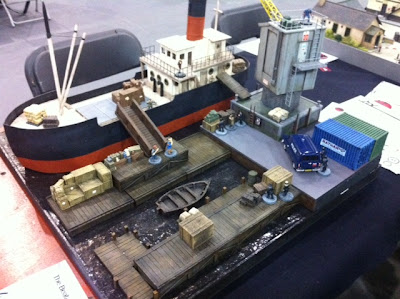 The Canning Town Collar. This game was run by Tim. DI Skelton and his team race to the docks to intercept east end gang the Poplar Front and their leader "The Duchess" who are unloading ill gotten gains from a cargo ship. One of the boxes contains a nasty, large metal, human shaped surprise!

The mini-games worked really well. Lasting anywhere from 20-50 minutes, they served to introduce players old and young to the concepts and ethos of the rules.

These mini-games will soon be published by Crooked Dice in full as episode guides. Look out for them on the website.
Posted by Matt Slade at 04:00 6 comments: 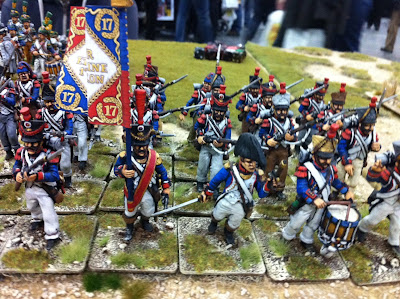 Three pictures of some of the 54mm Victrix figures which I painted for their demo game at Salute 2012. 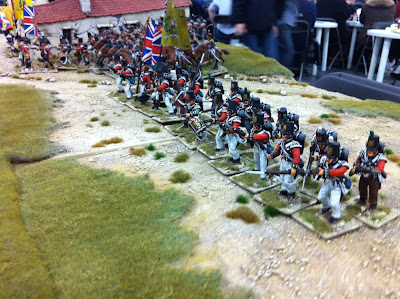 A really spectacular game with buildings and terrain by Victrix owners Julian and Steve. 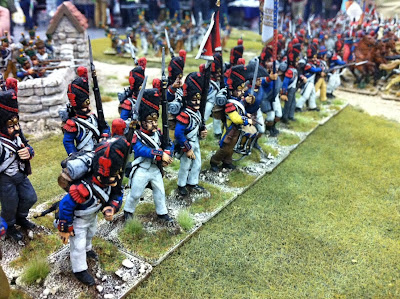 This game was played out at the Gloucester club last night. The scenario takes inspiration from the superb Solway Crafts 1938 VBCW source books. The rules used were Through the Mud and Blood by the Toofatlardies.