I set up an introductory game of 61-65 on my second visit to the Worcester club (Friends of General Haig). I based it on the capture the farm scenario played previously. By way of recap, both sides have identified the farm (top of the picture) as an important part of the line in an ongoing battle as the area also has a ford by which troops could threaten the flank. In this case the area north of the ford is held by 4 squads of Rebs. 5 Union squads are tasked with seizing the farm.

The field, woods and stream (apart from at the ford) are difficult going for formed troops. The fences, wood and banks of the stream provide cover). The Union (Clive and Ed) have one veteran unit (Q3 C4), all other troops are regulars. The Rebs (Paul) are all regulars and will get one more squad which will turn up on their board edge after the 6th turnover by either side (the Reb commander does not know this). 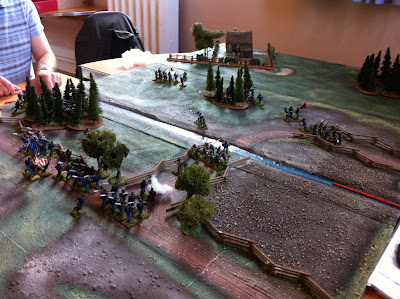 The Union advance steadily, forcing a keen Reb squad back over the ford. 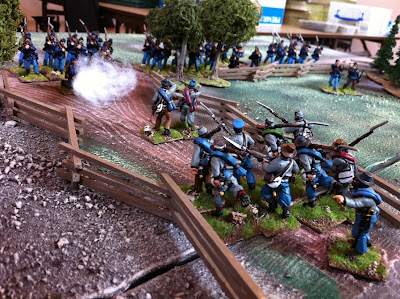 The first exchanges between skirmishers. 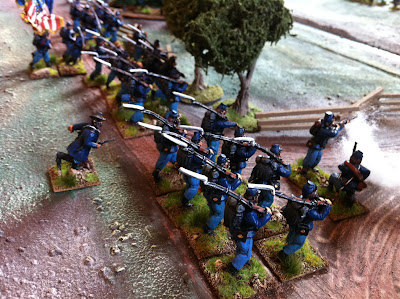 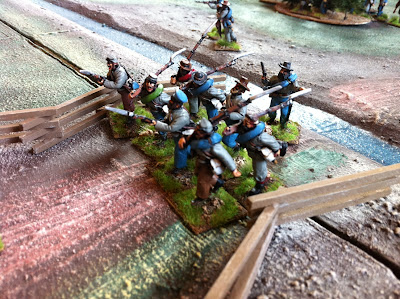 The Rebs' skirmishers have been driven back exposing the squad to Union fire. 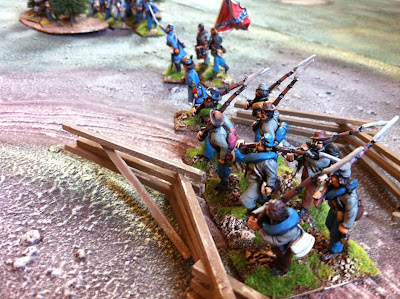 The Rebs prepare for the onslaught. 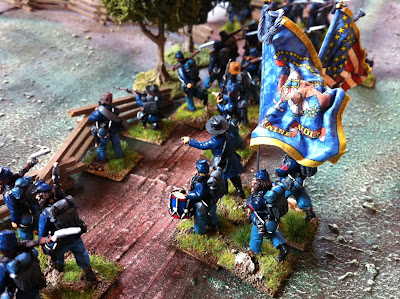 The Union prepare to push on towards the stream. 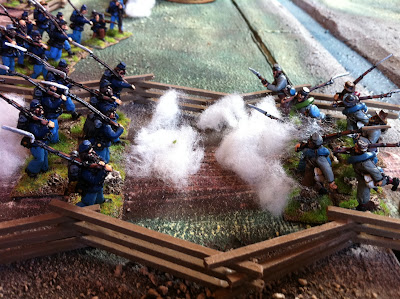 The first exchange of squad volleys. 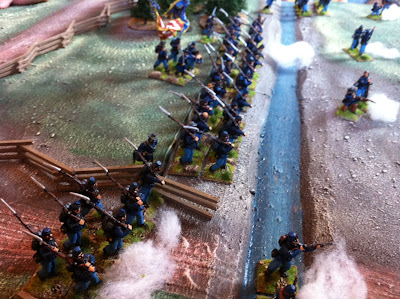 Having pushed the Rebs away from the stream, The Union line advances, much the approval of their drill instructor. 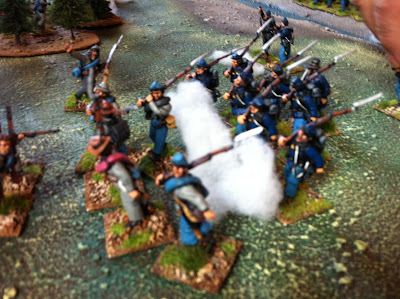 On the Union right, the veteran squad gets ahead of the rest of the line, softens up a Reb squad with skirmisher fire and then routs it at the points of their fixed bayonets. 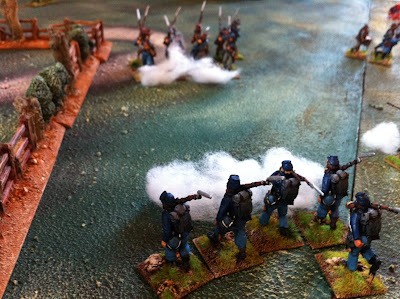 The Union veterans are counter attacked by the Reb reserve squad and with no skirmishing screen they are decimated by volley and skirmisher fire. Their morale holds however. 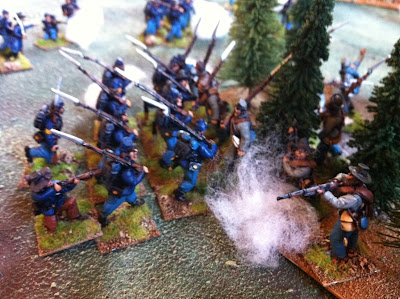 The Union squads, having lost a number of their protective skirmishers, fix bayonets and get in close, charging a Reb squad in the central woods 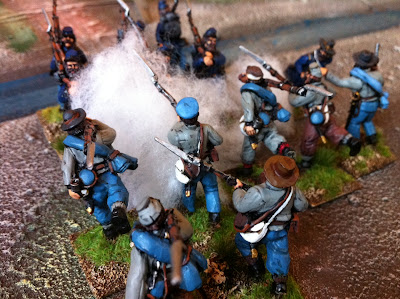 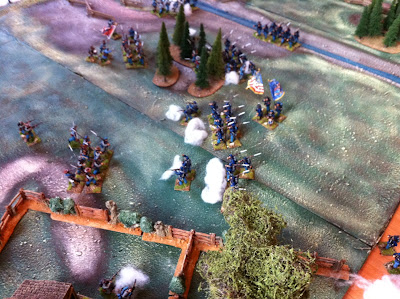 The lines begin to swing diagonally across the field of battle. To the left of the wood, a Reb squad is formed into column to counter the Union advance on the farm. 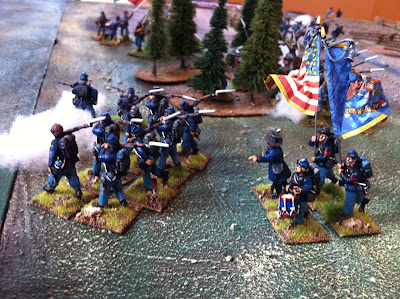 The farm is threatened now as the Union bring another squad alongside the beleagured veterans. The Reb Captain encourages the column to move at the double. 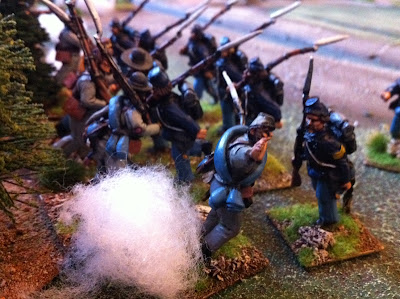 The fight in the wood rages on. This time, the NCOs call each other out and both are killed during the melee. Casualties continue to mount on both sides but neither squad breaks.

As darkness falls across the field, the Rebs still hold the farm, but are under serious pressure, having lost two squads completely to the Union's one. Both sides have taken heavy casualties and have fought themselves to a stand still.
Posted by Matt Slade at 11:52 4 comments:

This game is based on one that I think was in a Free Hack magazine and was played out between Paul and Mark from the Gloucester Club at my place in the Forest of Dean.

I played the same scenario the following night against Julian from the Gloucester Club with very different results.