This report is for the third installment of the musketeers vs cardinals guard mini campaign in Flashing Steel. Super set of rules by those splendid Ganesha Games chaps. 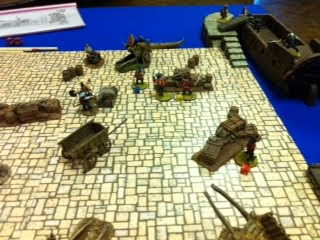 Here we see the Cherbourg docks. Our gallant heroes snatched the Queen from the Cardinal's Guard in the previous encounter and have placed on a ship bound for England. This is a winner takes all scenario. The last side standing will have rescued or recaptured the Queen depending on choice of tabard. The Cardinal's forces include Milady de Winter and Rochefort. As a result of the first scenario, they are also assisted by the ship's captain who will be activated once combat starts. 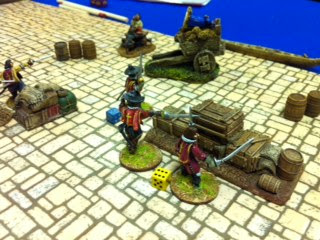 The guardsmen cautiously approach the pier and give some some long range pistol fire. Milady climbs into a hay cart where she waits to spring her trap. 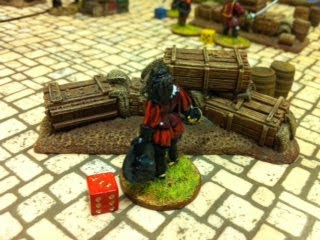 Rochefort lurks in the rear. 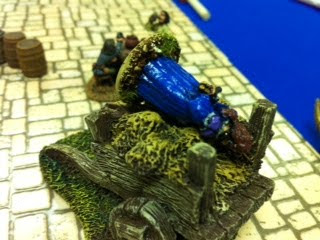 Milady in the hay cart
. 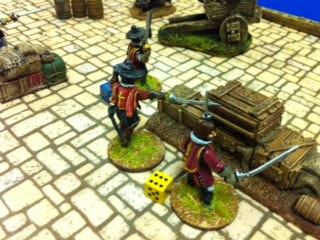 More long range pot shots, surely they cannot hit anything at that range.... 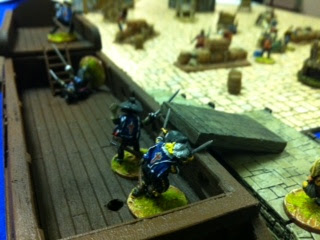 ...oops! d'Artagnan is forced to ground, just as the ship's captain is activated and looks to club the prostrate hero. 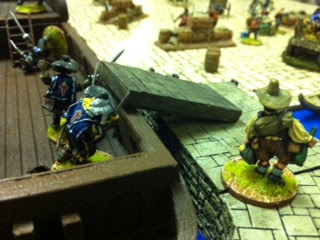 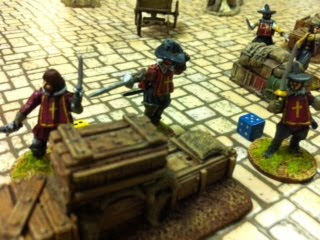 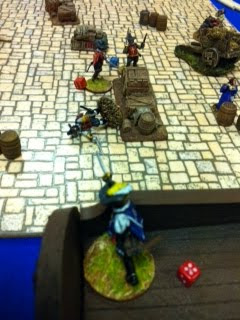 Fortunately for D'Artagnan, Aramis using his combat skills to swiftly dispatch the captain and taking careful aim, he shoots down a guardsman
. 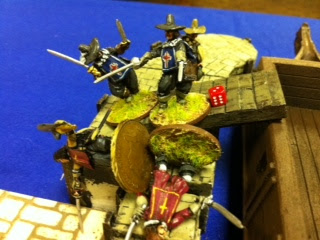 The Guard Captain and one of his men run a gauntlet of pistol shots and make a dash for the pier, only to be countered by Porthos and the recovered D'Artagnan. 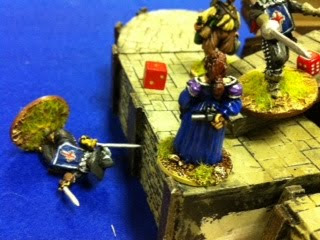 Milady siezes her chance and bundles Porthos into the water and out of the game
. 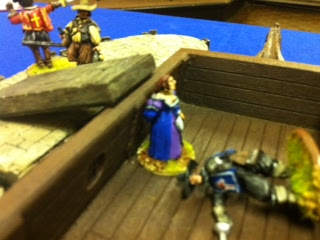 Milady follows up and knocks down D'Artagnan, making her way on to the ship
. 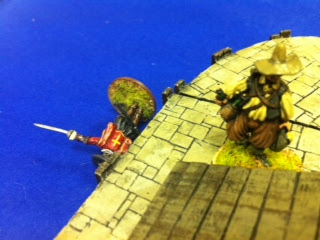 Planchet knocks a guardsman off the pier who tryies to swim for the harbour wall
. 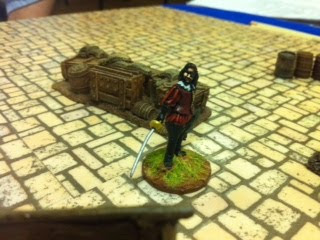 All this proves too much for Rochefort who "withdraws strategically"
. 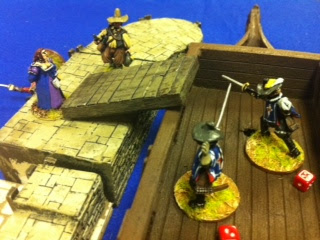 Cursing, Milady is also forced to withdraw just when she had D'Artagnan and her hated Athos at her mercy. 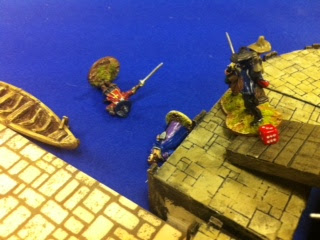 Athos having earlier refused a shot at Milady's back, and watching her knock out D'Artagnan from the game he causes her recoil. Bumping her head she sinks from sight. 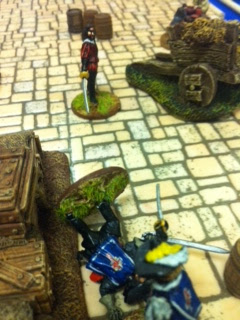 Whilst the remaining Guardsman flounders in the water, Athos and Aramis charge after Rochefort who coolly guns down Athos at close range. 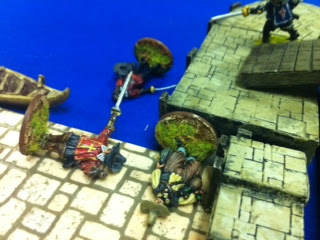 Robert (or Bob) the guardsman finally makes it out of the water. Planchet attempts to leap down from the pier and falls flat on his back. 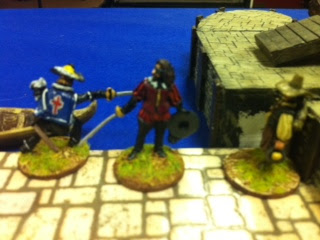 "After you Monsieur". The ever gallant Aramis allows Rochefort to gather himself before the final duel as Planchet looks on. 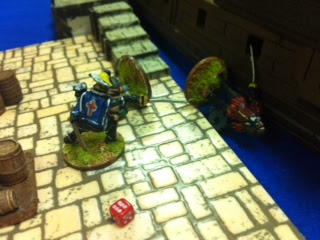 Rochefort does what only a villain would and makes a run for it, knocking down Planchet as he goes. Aramis leaps after him and forces him into the water. Rochefort disappears beneath the surface and the Musketeers have held out. The Queen will go to England under the protection of Buckingham.