Just Another Day in Deadwood

The cavalry are coming into town to pick up the payroll from the bank which is guarded by US Marshals. Matt "the Kid" Slade and Ralph "Grazing Blow" lead their desperadoes into town to liberate the funds. Just another day in Deadwood... 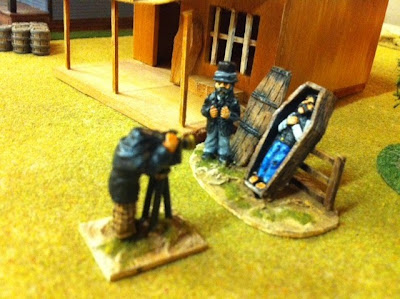 Jebediah Pickles, Undertaker poses with an example of his trade for the Deadwood Gazette small ads section. 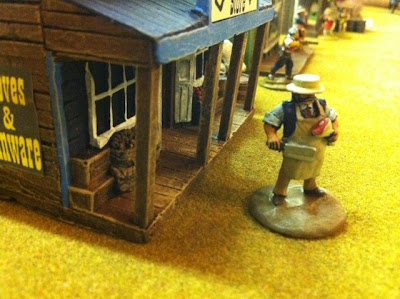 Butcher Bill outside his store 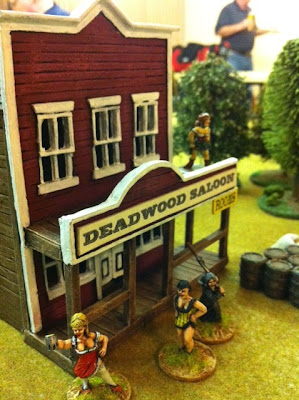 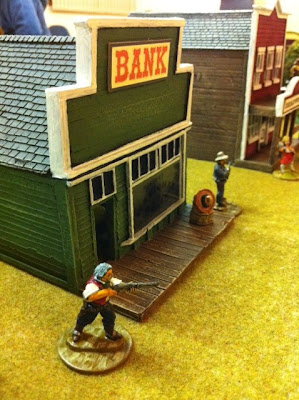 US Marshals guard the bank. Notice the sleeping Mexican (or is it a novelty trash can?). 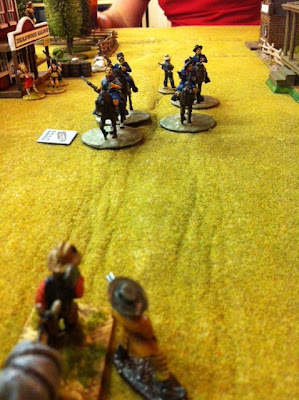 The cavalry ride into town and come under fire while Dusty the prospector regales the desperado with tales of the Yukon in '67. 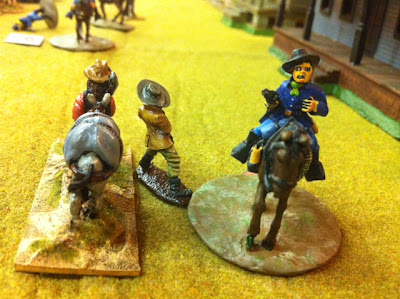 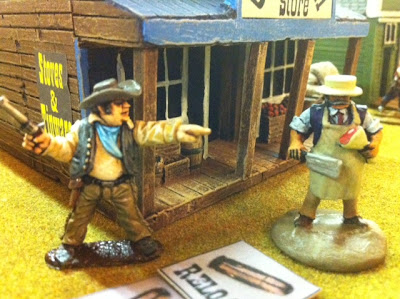 An overweight desperado discusses the price of ham with Bill the butcher. 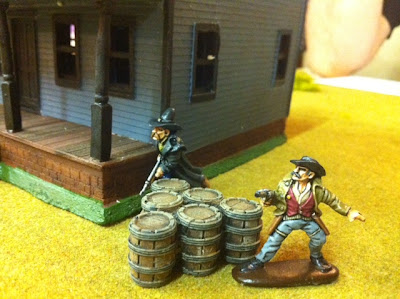 Ralph's desperadoes strike impressive poses as they pour fire into the street. 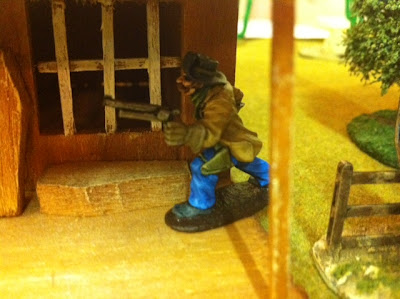 Size is everything to a gunfighter with a weapon like that!
Posted by Matt Slade at 16:44