Having planned an exciting, involved June 1944 scenario for us, he left it at home. In true wargaming tradition however, he managed to wing it and provided us with a splendid game. An assortment of pictures follow. 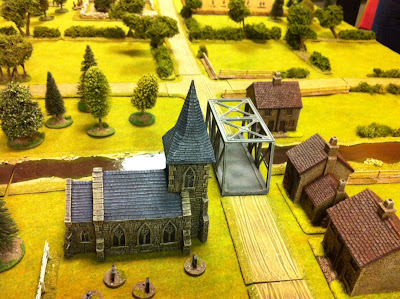 The main road to Petit-Fillou, down which my brave British Motor Battalion with supporting armour must push, in order to drive to the rescue (again!) of Julian's confounded paratroopers who are tasked with blowing a bridge there. No doubt they have got themselves lost again. What's this? Gary's Bosch in the cemetery, what nerve they have as they take an early Reserve Fire option and bring down a brave British infantryman who was dawdling in the open humming Vera Lynn tunes to himself (typical sneaky German ploy). 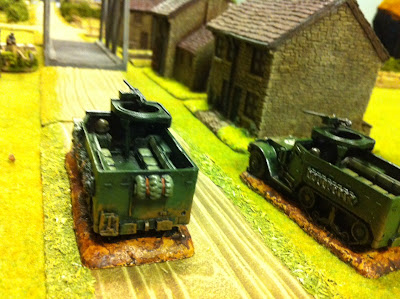 Even more cheeky are a couple of blasts at short range from a skulking Pak 40 at my halftracks. Not sure who is crewing it however as a succession of 1's and 2's cause no more than a scratch to the paintwork. 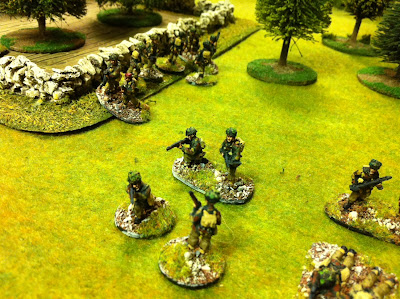 Ah there they are, milling around, admiring the French countryside. Yes it's the Paras. 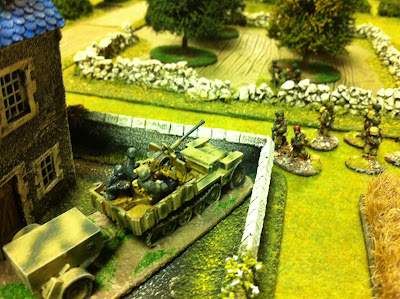 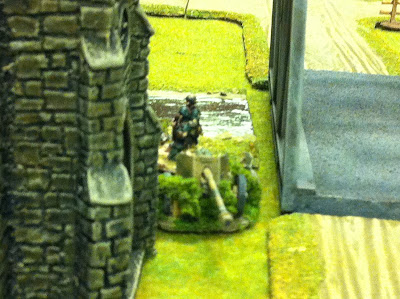 Numerous gun-sights converge on the Pak 40. 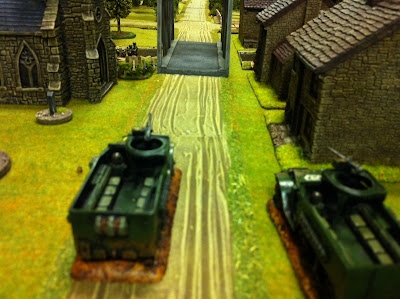 The VMGs on the halftracks pick off a crewman as their infantry hurry across to support them. 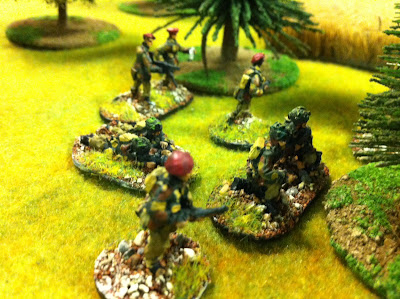 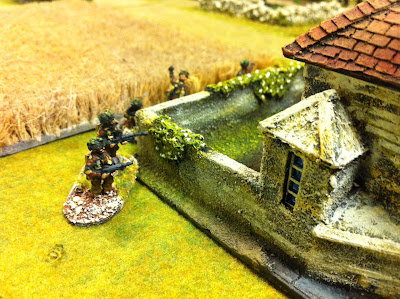 ...and start to engage the defenders of Petit-Fillou in some short range fire. 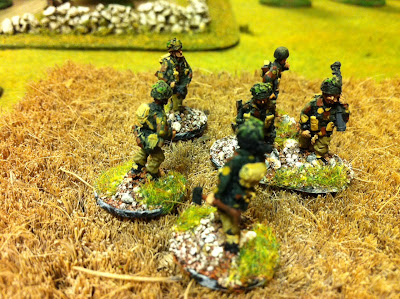 Para's cross the fields under heavy fire and begin to take heavy casualties. Where's that armour? 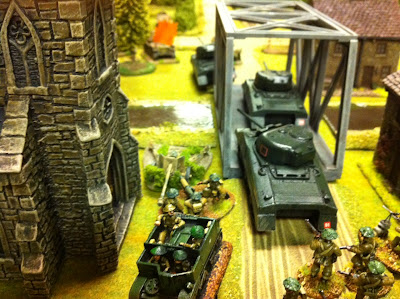 Here it is. The infantry finally clear the Germans defending first bridge. The armour arrives and pushes on down the road. 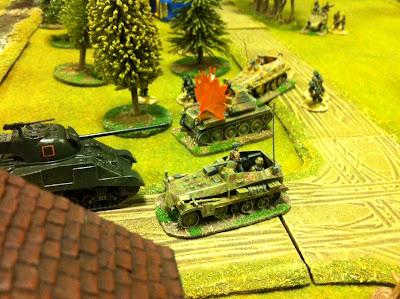 Eventually the German recce vehicles are forced back, despite some shockingly poor firing from the British tanks. 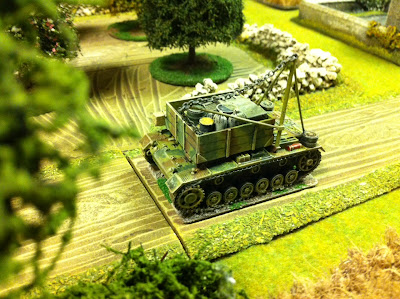 "Wo sind wir Jurgen?" A stray German recovery vehicle finds itself between the lines. 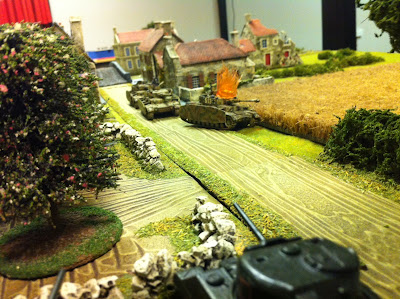 As the British armour reaches the outskirts of Petit-Fillou, they are held up by the arrival of 3 PzIVs. 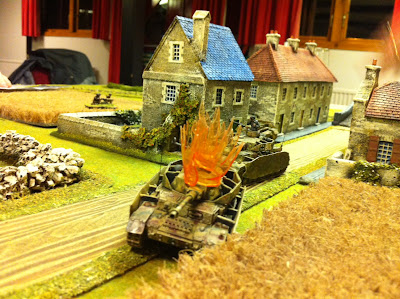 The lead Panzer is taken out early on. 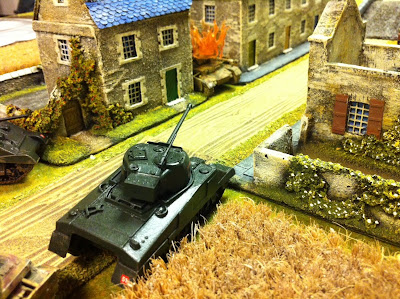 The Panzers retire to the shelter of the buildings and take out two Shermans before the Firefly can take it's revenge. 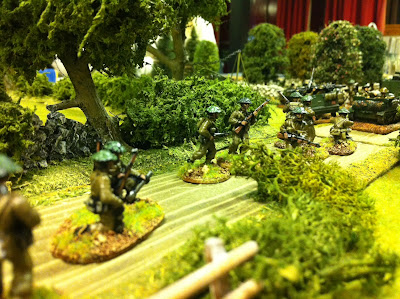 "Where's those bloody half tracks gone?" Moaning British infantry on the road to Petit-Fillou. 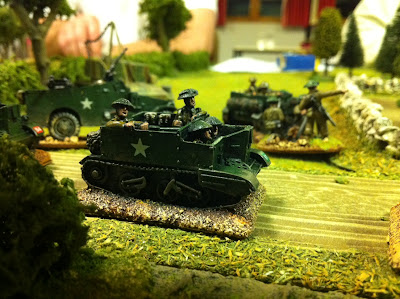 The rest of the British column, hurries along the road to catch up.


The game ended with the Paras unable to blow the bridge due to some sterling work by the defenders of Pet-Fillou. The Panzers were defeated, leaving the town to the mercy of British who followed up the successful armour.

Really entertaining and very good looking game using Paul and Gary's super terrain. Was nice to get my Brits out of their boxfile barracks for the very first time in some cases. Unusually for first timers they performed quite well.
Posted by Matt Slade at 13:25