First game of Congo at the Forest of Dean club

A first game of Congo last night at the Forest of Dean club.

Kong minds his own business while a meddling white man expedition crashes through the jungle to capture the great ape. 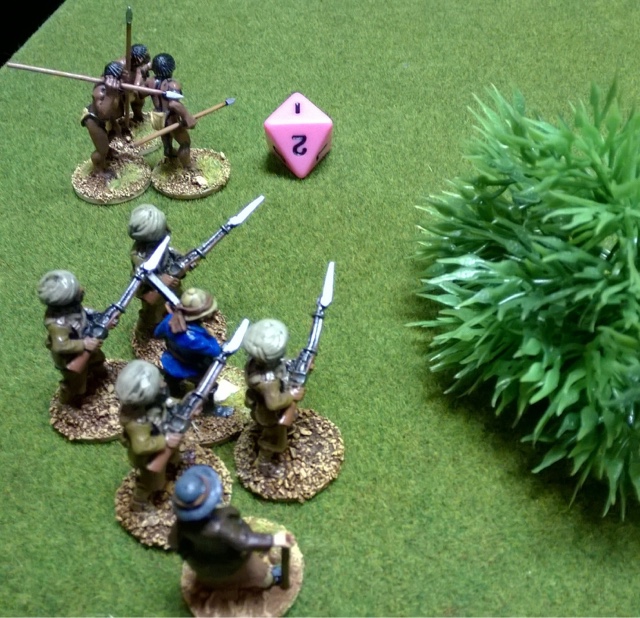 Colonel Sedgemoor arrives with half of his column. My first dice roll in Congo does not inspire confidence. This one is for exhaustion, Sedgemoor having gone the long way round. One the scouts disappears into the gloom and all bar two of the expeditions groups gain a stress token. Not a great start. 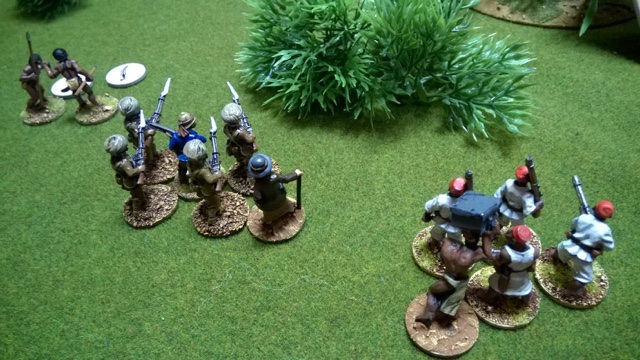 Sedgemoor, the scouts and the trained Askaris form one half of the column. 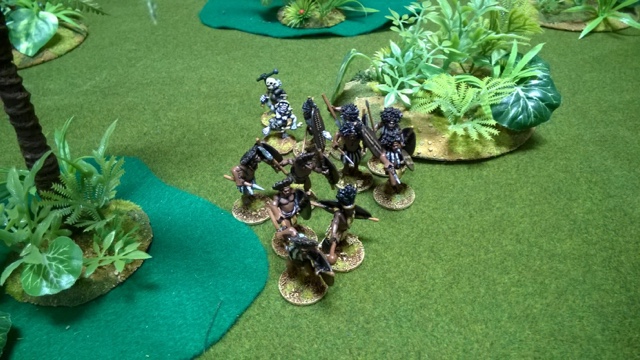 With just low moans coming from the witch doctor, the forest tribes advance of Sedgemoor. 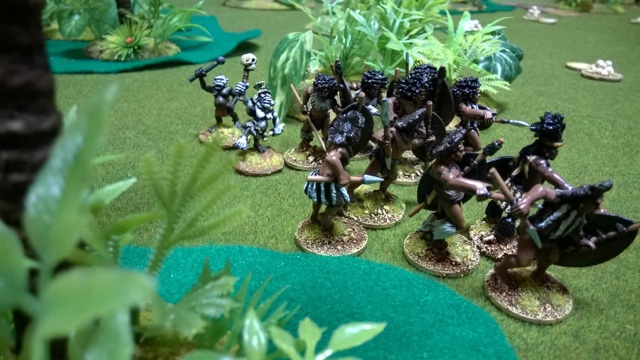 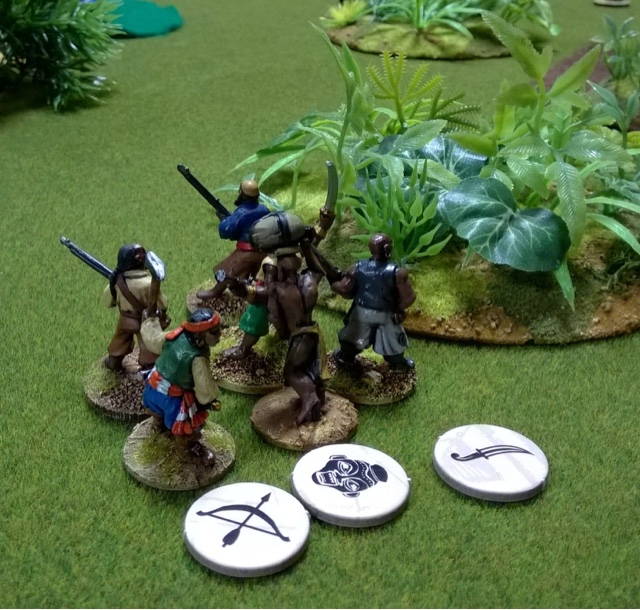 On the opposite corner of the table, the rest of the expedition approach. The superstitious Ruga Ruga are immediately spooked badly. Not pictured to save the reader the horrific scenes (and I was too involved in the game to take pictures!) is the gory demise of the Ruga who by a cunning seizure of initiative are shot up, charged and promptly scared out of their wits by the pygmies. 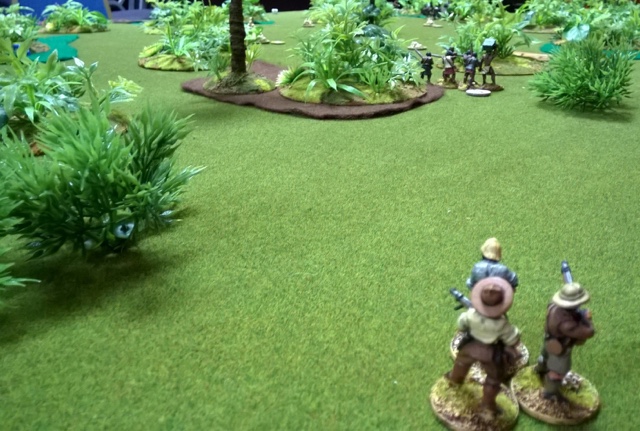 The adventurers group are missing out on the fun and wonder where everyone has disappeared too, their Askaris can been seen in the distance. 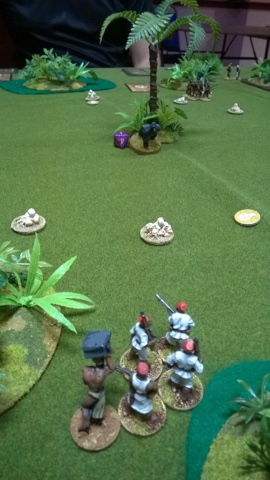 The trained Askaris are the first to spot the mighty Kong and in the name of conservation, pour rifle fire into him. Kong retreats out of range. 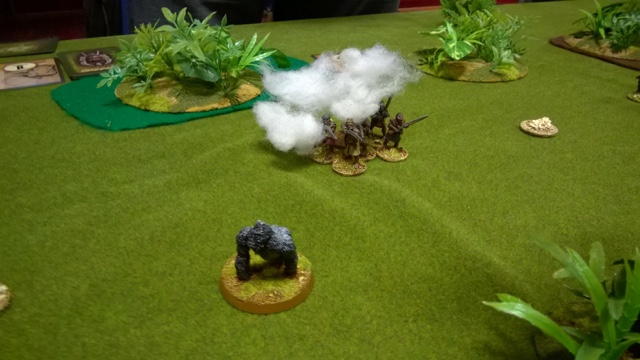 Only to be further weakened by the Askari on the other side of his lair. Their uniformed colleagues dash forward to grab a sacred artifact while King is distracted. 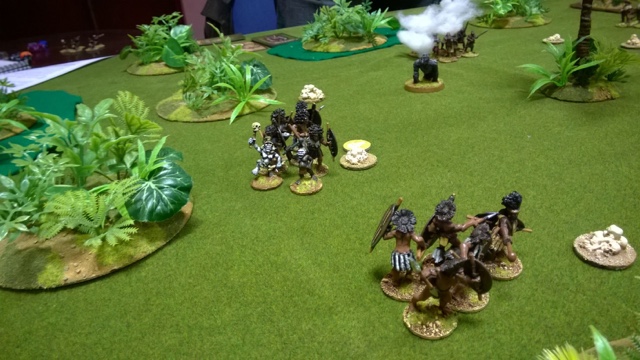 The warrior dash forward to try to save their jungle deity but with a maddened roar, Kong charges forward into the Askari who have dared enter his lair. His wounds tell, however as he fails to avoid the nets and ropes and the mighty beast is captured.

Really good first game. Apart from a few sticky totem card situations, the game flowed really well. I suspect that after another game or two we wiould be able to fit a couple of games in an evening session.